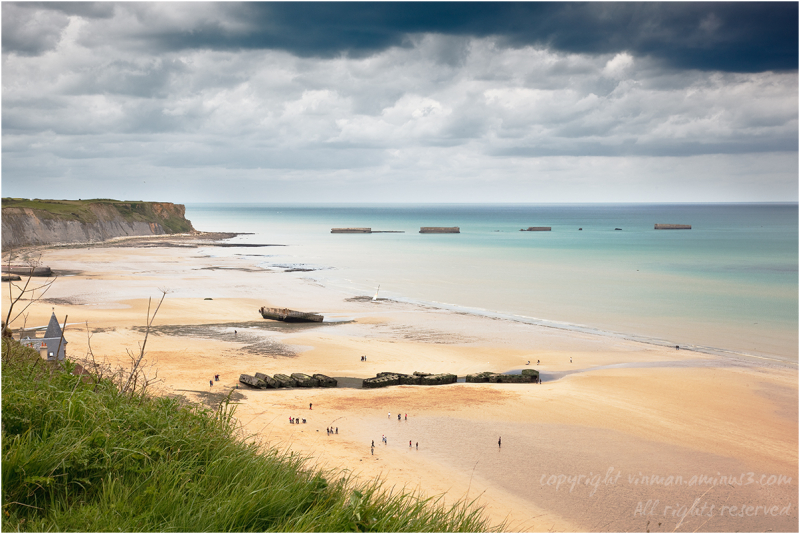 Previous Next
← previous day next day →

Posted by Vinman (Essex, United Kingdom) on 11 June 2009 in Transportation.

This is all that remains of the temporary harbour that was used for the invasion of France on D-Day and beyond. The Mulberry harbour, as it was known, was towed across the English Channel from the U.K. and assembled off the coast of France at Arromanches, also known as Gold Beach. Known affectionately as Port Winston, it survived a terrible storm and lasted several months longer than expected.
65 years later some parts still survive as can be seen here.

My Spotlight images are here.

All photographs are copyright, please do not re-use without explicit written permission.

A grand shot. Wide open spaces. I can feel the sea breeze. An informative narration. Thank you for sharing.

First it's a great shot, really get a sense of the huge scale with the figures. Second It never ceases to amaze me what has survived from this conflict reminding us not to forget. Great post!